"Those people on welfare": the Brès


Last week I told the story of someone you might not have heard of. This week I've picked someone so obscure I would lay money that you've never heard of them. Because, might as well be honest here, I'm trying to back up what I said when I started this, that it's not about heroes but about people who were willing to lend a hand.

I also know some more traditional “hero” stories. I'll tell them at some point. But for today, the Brès family.

I don't know the names of the parents. I read their story in a unique sort of Holocaust memoir* called Not The Germans Alone, by Isaac Levendel, who was a young Jewish child in Vichy France during the war. Seven-year-old “Jacky,” as he was called then, knew them as Monsieur and Madame Brès. They took him in when his mother disappeared.

It was June 1944. The boy's mother (for reasons Levendel tries to parse in his memoir but can't be certain of to this day) had waited till very, very late to leave her home and shop and seek hiding. One of the methods for doing this was to move to the country, as far off the beaten path as you could manage, suddenly and without leaving an address. She did this, but—leaving her son overnight at a cherry farm belonging to some acquaintances, and planning to move on further in the morning—she went back to her shop one last time to collect some things. A pair of French gangsters who worked, essentially, as bounty hunters for the Gestapo saw her and picked her up. She was deported. She was murdered by the Nazis on her arrival at Auschwitz, four weeks later.

When Madame Levendel did not come back from her short trip, the daughter of the Steltzers, the resourceful Jewish friends who were helping the Levendels into hiding immediately went to check on her and found out what had happened.

And just like that, seven-year-old Jacky was alone in the world. 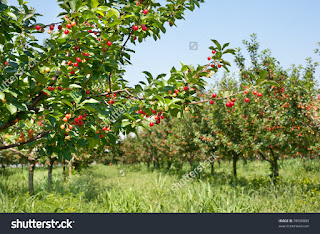 The cherry farmers were sympathetic, but afraid to keep him for more than a few days. The Steltzers themselves were now forced on the run again, afraid that Madame Levendel's arrest might have exposed them. But they knew a lot of people, most of them farm families. They chose one they felt they could trust, and brought Jacky to them.

There were no phones—not on farms—and if there had been, it wouldn't have been safe to use them for a request like this. There was nothing to do but show up. Monsieur Steltzer brought Jacky with him on his bicycle, down a gravel trail two or three kilometers outside a little village, to a house that (like many farmhouses in the area I write about as well) had the barn incorporated right into the house. There he introduced the boy to Monsieur and Madame, turned to them, and said simply, “His mother has just been arrested by the Germans. Can you keep him?” Monsieur Brès accepted without hesitation.

The Brès were a poor family. They struggled to put enough food on the table. They received government assistance—welfare, basically—but it often wasn't enough. One of their daughters was an unwed mother; she and her toddler lived with them. They had two other children of their own and had also adopted a young Polish boy, but they didn't hesitate to add young Jacky to the household. At the table, to make sure he didn't feel he was a burden on them, they encouraged him to take seconds.

They were an uneducated family—or rather, educated in country ways rather than books. Their adopted son taught Jacky how to fish for crayfish using a ball of twisted vines with some rotten food in the center as bait, to help put protein on the table. Their older son was a sourcier, a dowser, with the reputed ability to find a spring of water hidden under the ground and use a pendulum to find hidden or lost objects. (He “discovered” to everyone's excitement that Jacky had this second gift too—but Jacky himself was pretty sure he was only reading subtle cues in his instructor's body language.) They hid a little field of wheat from the government's rationing system and made illegal bread with their own roughly ground flour. A scrawny chicken represented a feast.

They were not the sort of family their neighbors considered respectable. Jacky heard derogatory references to their being on welfare. He and Michel, the adopted Polish boy, were viewed as evidence of the Brès' lack of common sense: they can't even keep food on the table and yet they take in stray kids. When the grown Isaac Levendel came back to France looking for them after 45 years, his first lead was a neighbor—who remembered mostly that young Jacky had sometimes eaten with his family because the Brès didn't always have enough, and who repeated, after all that time, the sneer about welfare and taking in kids.

The Brès were not stupid. They understood the danger Jacky faced, and the danger they took on in taking him in. Two months before he came to them, the Germans had burned a neighboring farm and tortured and shot two local men there for their Resistance activities. Yet, Levendel writes, the Brès “seemed unimpressed by the danger” caused by his presence. There were hints that Monsieur Brès might have some Resistance contacts as well. 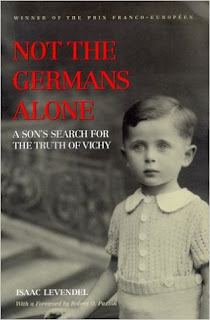 The Brès sent Jacky to school, reckoning that it would be riskier to attract the neighbors' curiosity by keeping him away from it. Somehow—though they took other precautions—it failed to occur to them that the principal would want to know who he was. Put on the spot, he spun a good lie—he was a cousin from Toulon, a coastal city a long way off, and his parents had just been killed in the heavy bombing there, which had also destroyed all his identity documents—and the principal accepted it. The Brès' daughter Magali, who had stood there dumbfounded by the question, brought the story home and the whole family praised Jacky to the heavens for saving their lives.

After the war, after the dislocation that so many other hidden Jewish children experienced too—uncertain custody that rarely lined up with what the child wanted, profound feelings of abandonment and grief worked through in silence and with little help—the growing Levendel felt a deep need (like many others like him) to put his past behind him. He ended up in Israel, then the U.S. He never contacted the Brès again, or tried to find out where they were, until 45 years later when he undertook to face his past in a serious way and returned to France to fill in the gaps in what he knew of his story and write his book. When he tracked down the Brès he was nervous about seeing them. They had saved his life and he'd offered, in return, 45 years of silence. They were poorer than before—the parents were dead by then, and the surviving unmarried brother and sister lived in a little shanty—and he could only imagine how they might feel about what he owed them and how long he had stayed away.

Instead, their faces lit with joy when they saw him. They immediately called their other sister to come visit. They were delighted with who he had become, with everything he could tell them about his wife and children; they gave him gifts and did not seem to feel they owed him anything. Magali told him how much she had missed him when he had to leave their home at the end of the war, and repeated again with great praise the story of how he had “saved their lives” with his quick thinking. As for what her family had done to save his life, she finally acknowledged it on his insistence. In a letter she wrote “We were taking risks, but if we acted without thinking, it was because your life was in the greater danger. We would have done anything so that nothing happened to you... you were our little brother.”

The Brès were not respected members of their community. They were outsiders, on welfare, dismissed by their neighbors. Maybe it's not so surprising, that they knew how to feel for a child who was in danger and alone. Maybe it should be surprising that their other neighbors didn't.


ETA: When I first wrote this I left out one of the details of how the Brès were outsiders and different from their neighbors: unlike their neighbors, they didn't attend church. I didn't actually leave this out on purpose, but once I realized, I wanted to make sure to include it. Faith is important to me, but I hope that I and all people of faith can resist the temptation to identify goodness with religion. The people of Le Chambon were actually helped by their church to be good neighbors; the Brès' neighbors, apparently, were not. The Brès found it in themselves to care about a little boy alone in the world without the aid of religion. If any quote from Jesus is apropos, it's "a tree is known by its fruit."


* I'll review the book sometime; it's excellent. In the first half he tells all his memories, completely from a child's eye view (and only another writer of historical fiction would understand just how grateful I instantly was as he plunged into his memories of daily life, in the obsessively textured detail that only children have time for), and the second half gives us his conclusive, hard-won archive research proving who, at every bureaucratic level, was responsible for his mother's deportation and death. Like I said, a unique memoir.
Posted by Heather Munn at 3:19 PM