I'm very sorry for my long silence. I thought it would be shorter than it was.

The short version is, I lost the use of my hands for two months.

Sometime before Christmas I told you all on this blog that I had hand pain and needed to take a break. I had not only stressed and inflamed many of the muscles of my forearm, but also one or more of the tendons that connect those muscles to the elbow. Unfortunately, I was pretty stupid in dealing with it. The story of my stupidity is pretty boring, I suppose, but basically I kept making what I thought were radical, difficult changes in my routine and they kept turning out to be too little, too late. 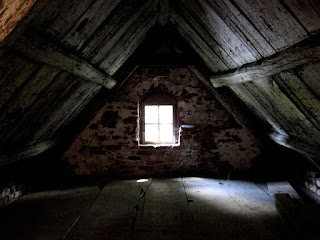 I got tendonitis in my left arm too.

I barely know how to tell you what it feels like not to be able to use your hands. It feels like death. Because, I think, death—not a loved one's death, not a stranger's, but my death and yours—feels like helplessness. Death is the moment when it doesn't matter if your life's work is sitting unfinished on the desk, when the world doesn't care. The moment when you can't do anything about it. The moment that most of us, deep in our hearts, don't believe is coming.

I remember the sensation of stopping. The impatience in my soul, the forward momentum—I have to finish this edit I have to clean the house I have to start working on the new farm and show these people what I can do I have to plant my garden I have to—it died hard. Several times. The first time was at Easter. April 1st. I thought I'd be out for a month then. I thought that was a huge deal.

I didn't want to stop. 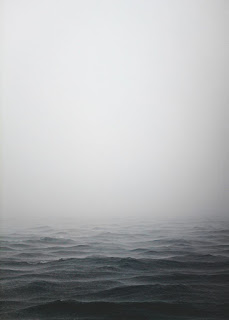 We found ways. I stored my laptop outside our apartment, bringing it in once a day to deal with urgent email using voice-to-text, manipulating the touchpad with my chin. My husband started doing all the dishes, and chopping vegetables for me when it was my turn to cook. I tried to come up with recipes with little or no chopping. I told my son gently and continually that I was sorry, I couldn't move the little car around, or build the Lego train with him, or get his wagon out of the shed. I accepted not planting my garden—and then my husband offered to plant it for me. I accepted things being done other people's way or not at all. I watched weeds grow, and did nothing. I watched dust thicken, and did nothing. I watched grass grow up around piles of split firewood that needed stacking. I could not change the world. I could only accept it.

I learned to sit. I learned to let my mind wander, and not try to force it into important and purposeful paths. I couldn't do anything important and purposeful, anyway; thinking about it only hurt. I learned to sit and accept the world, let it come into me, whether it was important or not. The movement of the leaves in the wind. The tiny flowers in the grass and the bumblebees visiting them. The ants, the woodlice, the holes in that dead tree that the woodpecker made. I learned to sit in the woods and let them breathe around me. I learned to sit among the trees and not tell them over and over that I was wasting my important time by being with them. I learned their names. I carried my field guides in a bag I could sling around my neck almost without using my hands, and I learned what an ash tree looks like, and an elm, and a basswood. Once I started seeing the shapes of leaves, I couldn't stop. I know so little still, but I feel like I've learned so much. I know where there's a spring now, two slender tunnels opening out of the clay inner structure of a hillside, one slightly larger, one slightly smaller, like mother and daughter. I go to that spring every day. I pray, some. I also just sit. I watch a chipmunk run up and down, or a bird whose name I'm not sure of in the fading light go about its peaceful business. It doesn't have to be something important. Several times I've seen a pileated woodpecker—rare in these parts—but I don't go there to see it. If that was why I went, I wouldn't go. Not after the first time it failed to show up on my timetable. 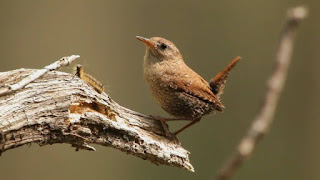 I don't know how to explain what has happened to me. There was a time when I loved the woods, yet when I could have gone to them, I stayed inside on the computer, reading funny stories about other people's bad books or bad behavior. (You may not be familiar with this particular pleasure; it's relaxing, because it tells you it's all right, at least you're doing better than someone. Might be best if you don't give it a go.) I'll tell you the truth: I never once got angry with God about what was happening to my arms, and that's not because I'm a good person. It's because I knew beyond a shadow of a doubt I had done it to myself. Yes, I partly did it to myself writing Flame in the Night. But if I had finished my writing and gone to the woods instead of sitting at the computer, clicking on little pictures of cards or scrolling and scrolling while laughing at somebody, I would be fine.

I'm not saying it was a punishment, either. It was a kindness. 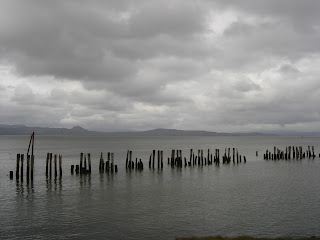 Oh, it felt plenty mean sometimes. Like being pushed down and down. Every time I began to feel the joy of recovery, to believe I would be better, I relapsed. I let the joy tempt me into doing too much. Putting a few books away. Taking some notes by pencil. I felt the pain come back, and sat there watching my son play, wondering how many days I had lengthened my sentence by, and trying to look like I wasn't about to cry.

It was two months, in the end.

And it was worth it.

There are practical things. The benefit to my son, of having been called upon to be kind and gentle with me, to see that I'm not all-powerful; of having had to do things himself that he'd rather depend on me to do. The garden, which in spite of the weeds is a family endeavor now, my husband and son proud of what they've done for it—no matter if I go back to doing it all in time, I will remember and so will they. The bonds of need and help and kindness reaffirmed between me and my husband; I have felt so loved. But beyond even that, something has happened to me. Sitting in the woods; reading books, real books, at times of the day I used to spend online; not really wanting, anymore, to read about what's wrong with other people. (I'm not saying I never will again. But you know how they say that if you stop eating sugar, you stop craving it? It's like that.) I'm better at waiting for others now, not trying to fill every minute of my important time. I notice things more. I let the quietness come into my mind, the silence I used to run from so hard—I don't quite remember why. I think there were bad thoughts in it, regrets and fears—or I thought there were. I guess I've found some. They weren't so awful, once I stopped running. 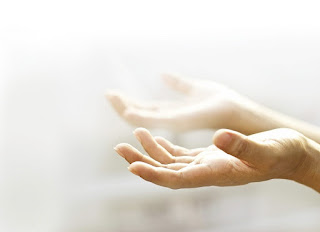 Or I wonder if the silence itself frightened me. Nothingness, emptiness has always felt like my enemy. Doing nothing, being nothing. I wonder if it looked a little bit like death. I'm not saying I'm not scared of death, or even that I'm less scared. But I do know that it will come someday, and that seems like a step in the right direction. And in the silence--would I have run so hard if I'd known?-- is not nothingness at all. In the silence, where I die a little from my quest to be and be and be something, where I open myself, the lives of others come in. The lives of trees, humble people who stand where God planted them and drink sunlight, and make air. The small, humble animals, rummaging around the woods for their daily bread. Perhaps the silence will let the lives of other people in better too; I haven't had much chance yet to find out. Maybe that's not what God had for me this time. I already knew that listening to people was important. I could have spent two months doing that, and felt I had justified my existence. But there are very few people here now, and what they need from me is work. So I went to the woods. I went to the woods and sat at God's feet, instead of running around and around looking for something to lay at them.

I'm starting to use my hands again. A little. The other day I pruned back a potted heliotrope, scraggly and distorted from a winter of neglect. I cut it back hard—within an inch of where it comes out of the soil, sparing one bud to become the new stem. I layered good compost all over the soil around its roots. We think of these plants as flowers, but the life is not in the flower. The life, the strength, is in the root. I watered it deeply, let the nutrients from the compost leach down to where the roots drink. I prayed, You've cut me back, and You've nourished me. Help me grow straight now, and flower.
Posted by Heather Munn at 9:39 AM No comments: