There's strength in the root: pruning and editing and the sharpness of choices

Pruning is fascinating. Would you believe that—and that editing is fascinating too? This time last year I wrote a post called “Pruning and editing”--in haste, because the editing I was doing was heavy and under deadline. This year I'm digging deeper. It's sinking into me. I know this may sound strange, but as I learn better and better how to prune—I find it helps very much to love the tree or vine. But love doesn't look quite like what you'd expect.

Have you ever seen a tree that's been pruned very hard? Or a grapevine? Commercial orchards and vineyards are unsparing in their pruning, eye on the bottom line and the highest possible fruit production—those trees and vines seem cut down to nubs. Our instinct when we see that is that the tree's been killed—like the instincts of a farm intern I had once, who became very worried when I picked all but the smallest leaves off the kale. Our instinct is that most of the plant is gone, so how can it survive? We forget how much, and how vital a part, we can't see.

I recently learned to prune grapevines properly. (I know apples and cherries now, and blueberries too, but grapevines were still an “OK, hope I'm doing this right” mystery last year.) First you have to know what good fruitwood looks like on a grapevine, then you make a goal to keep a certain number of fruiting buds per vine and take off, well, everything else. It's that per vine part that tripped me up—no one had taught me to look at each vine before. Our vineyard looked to me like a tangled mass of leafy streamers twining along the cables, sending down a root here and there. No wonder it was a mystery to me! I was starting at the wrong end.

Writers do this too, until we learn.

When I start at the source, at the root, I prune differently. I don't go branch by branch, bit by bit, asking “Should I cut this?” I look at the plant entire, I draw into my mind a vision of what it can and must be. The good fruitwood stands out to me, and I choose it. In choosing the good, it becomes easier to cut off what I don't need. The question is not “What should I cut?” but “what should I keep?” Ruthlessness is—strange as it may seem—a positive course, a joyous one. It's driven by the lovely vision of the thing as it should be.

Of course I'm talking about editing—though it's true about pruning too. 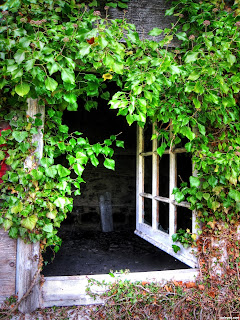 The rough draft is like the first wild growth of the vine. Sprouting in every direction, opening leaves to the sunlight, photosynthesizing, gathering strength into the new young root. You do need that part. You need to write till your story has substance, till your characters become real in your mind, even if many of the words you write at that point serve no other purpose. (I remember the moment Elisa became real. She was climbing the steps to the Fourvière basilica that towers over Lyon, looking apprehensively at the massive gold statue of Mary over it. None of that's in the novel. Cut. It was the right choice—writing it and cutting it both.) You write and write, till the root gains strength and shape—you write till under the words you see the Story. That is what you are making.

You keep going then, till the Story is made, till the end. Even if you see where you branched out wrongly, you don't start pruning yet. Pruning out of season is a dire mistake—the sap drips out of the cut (I've seen it drip and drip), microbes and insects get in, whole limbs can sicken. Editing out of season drains the energy from your story, leaves you open to attacks of discouragement and loathing. You prune in February, when the sap is not flowing, when the vine has already been dormant a long time. It's hard to wait—it used to make my brain itch, going on and leaving passages I knew weren't right. One chapter I left behind was mostly scene fragments with half-a-dozen empty lines between them. But I could see the shape of the story going forward, so I followed it. I knew it was the important part.

Then the break. I was beyond exhausted after I wrote the last word. The book and I rested. The sap ceased to flow. I came back to it after awhile, and that, that's the moment when you do it. The choosing. You look at the story entire, you carry a vision into your mind of what it can and must be. The good writing stands out to you, the passages that shine because they're not only good prose but are filled with reality, because they are moments where someone makes a choice she knows she can't turn back from, feeling both the weight and the freedom of choosing—they are Story. And then you cut around them, cut and shape and rearrange. In choosing the good, it becomes easier to cut what you don't need.

I keep talking about Story with a capital S—I know, it sounds a little funny. But that's what I've learned these past two years, is that it's a real thing, like the root, invisible and really there—and it's the source. What is Story? Short version, it's made of two things: forces and choices. Forces that oppose each other, the desires and aims of the characters, the forces of nature and of need, things that press together to a point and a dilemma: will this character choose the gun, and can he survive if he doesn't? And choices: once and for all, he either takes up the gun or throws it away. All the words of the scene, maybe all the words of the story, come to a point just at that moment—they serve that moment, they have no other purpose. They may be individually beautiful, they may make a beautiful pattern together, but if you cut them off from human dilemma and choice and action they will wither into sad, lightweight things, maybe keeping a melancholy beauty—but dead. 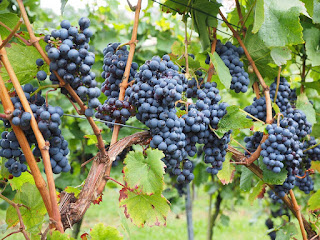 That's the last thing I learned about pruning grapevines this year—you want your fruitwood as high as possible. You want the fruit to grow on the top, in the light. This keeps the grapes dry and safe from bacteria and mold—and it helps the picker to see them. When your story is finished, those moments of choice will be the fruit—those moments when a character stands at a crossroads for a long moment, then turns and plunges down the path they've chosen, and we see where that path leads.

So I guess, if we're going to make the analogy precise: the forces, the dilemmas, are the root. The turning points, the moments of choice, are the fruit. The rest is a path between the two. If one of your scenes doesn't lead from the root to the fruit—you know what to do. Or if your moment of choice is buried in your scene, de-emphasized, you rearrange it, bring it up to the light.

To bring the strength from the root to the fruit; to bring the fruit to the eater. To sink the root deep into the soil of human experience, and draw up vitality. Those are the great things. And that's what happens when you love the vine—or the book—you see its true nature. You see where its true strength and glory lie, and you want to bring it out. I've become far more ruthless in pruning than I ever expected to be, and I'm glad, because I can see the thing as it can and must be. I don't mourn things I cut anymore—whether branches or pages.

I know what trees know now. You can always make more leaves.
Posted by Heather Munn at 2:05 PM