Refuge, forgery & resistance: the Barraud family and their daughter Gabrielle


Gabrielle "Gaby" Barraud turned 18 in 1940, the year her country fell to the Nazis. She lived in Le Chambon and as the place turned into the greatest haven for Jews in World War II Europe, her family plunged into the thick of the work, and so did she. 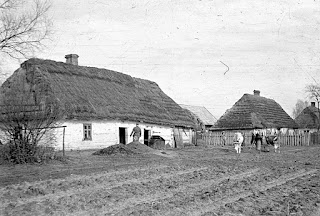 This story is taken from Hidden on the Mountain, whose writers interviewed Gabrielle at her home in Le Chambon.

Gaby's mother, Georgette Barraud, ran a boardinghouse for young people in Le Chambon, where many young Jewish refugees stayed. When they showed up, she made room for them, whether they could pay or not. If they were at too high risk to stay right there in the village, someone in the family would go out to the surrounding farms looking for someone willing to take them.

Her mother took in refugees. Her father worked in the Resistance, helping to organize the maquis (basically French for guerilla) fighters. Gaby herself forged documents. 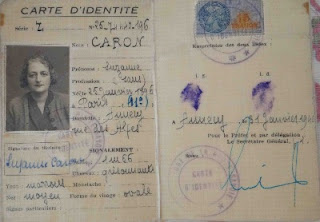 Both her mother and father gave her forging assignments--her for Jewish young people, him for the Resistance. She used a tricky process involving a gelatin-covered strip of cloth that when heated over a candle could transfer an official seal from a real card to several false ones. She may have learned it from Oscar Rosowsky, the young Jewish refugee who did a large share of the enormous amount of forgery necessary in Le Chambon (and whom I'd like to write about if I can ever find enough info on him!) He lived in the Barrauds' boardinghouse for awhile, in any case, and used the same process. Gaby didn't know most of the people she made papers for, but would sometimes recognize them on the street from their photographs. A bit of an "aha" moment... but unlike the last young person I wrote about, it does seem she could keep a secret.

She could have been arrested for her work, of course, but she was rarely afraid. She did have one scare, riding to Le Chambon on the train with a suitcase full of forging materials. She walked into her train compartment to find the only other person in it was a German soldier. He took her suitcase... and politely put it up in the luggage rack for her.

It seems the whole family had a gift for keeping their cool. The boardinghouse was right in town and one day Gaby's mother looked out the window during lunch to see the Gestapo headed straight for them. She ordered the young people to stay put and keep eating because it was too late to hide without drawing suspicion. She let the Gestapo in and brazened it out. They left.

The family suffered a tragedy near the end of the war: the accidental--and fatal--shooting of their other daughter with a maquis pistol that had been left in a drawer in the boardinghouse. It was a Jewish teen boy who did it, a friend of hers, playing and assuming the gun was empty. The Barrauds forgave him and hid him till it was safe for him to leave.

Gaby had one other job for the refugees: woodland guide. In the last two years of the war many, many people left from Le Chambon for Switzerland, mostly by train up till a border town where they would be put in contact with a passeur. But some were so visibly Jewish that getting on a train would risk their lives, and these people were taken to the border on foot, in stages, staying at pastors' houses on the way. Gaby was sometimes the guide for the first stage, leading them all day through the woods, spending the night in a hayloft, then turning around and walking home the next day.

Gabrielle and her mother Georgette Barraud were later jointly given the title "Righteous Among the Nations" by Yad Vashem.
Posted by Heather Munn at 3:13 PM